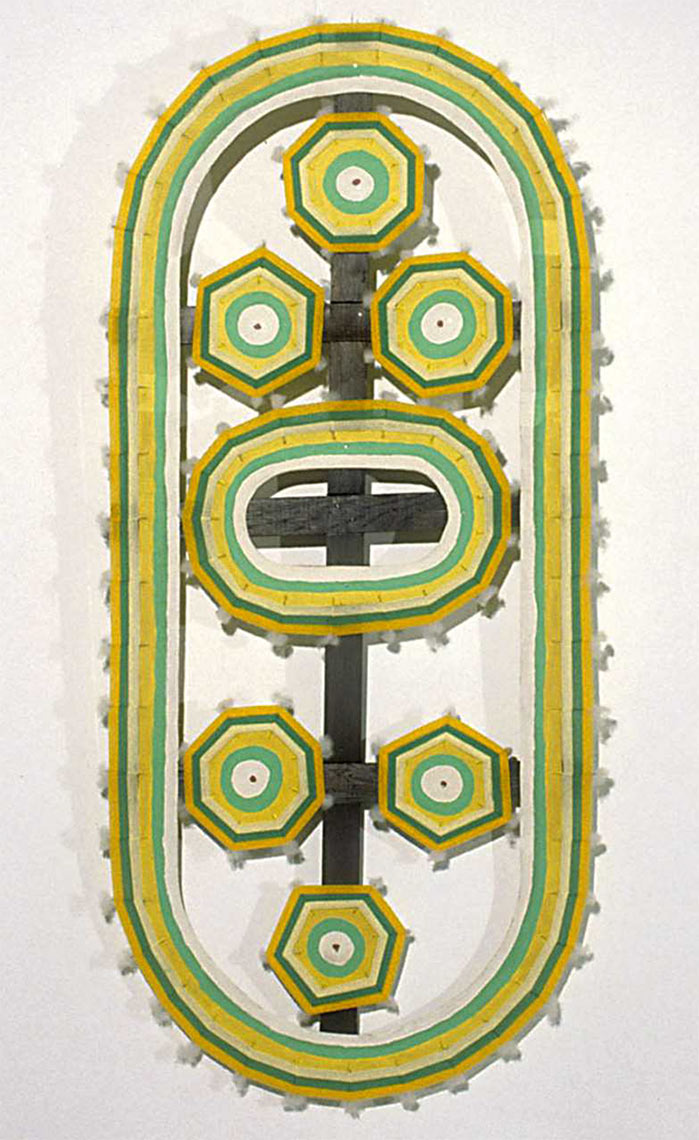 Senior Bardi man Roy Buggai Wiggan (b. 1930 – d. 2015) was raised on Sunday Island Mission, on the coast of the Kimberley, Western Australia. Wiggan grew up with a mission education but also had an upbringing steeped in traditional lore. The Bardi people – whose country is situated north of Broome on the Dampier Peninsula – are a coastal people for whom the sea and tides are of real physical, spiritual and symbolic importance. Dance wands or ilma are used in traditional songs and corroborrees, each embodies a particular song or story. Ilma often depict physical things and natural phenomena – animals, tides, rain and country – but may also embody emotions or metaphysical concepts. This ilma represents Bordorr a place 50 kms from Bardi. Wiggan’s work is held in collections of among others the National Gallery of Australia, National Gallery of Victoria and the National Maritime Museum. His work was showcased in the 2018 Sydeny Biennale. 1800