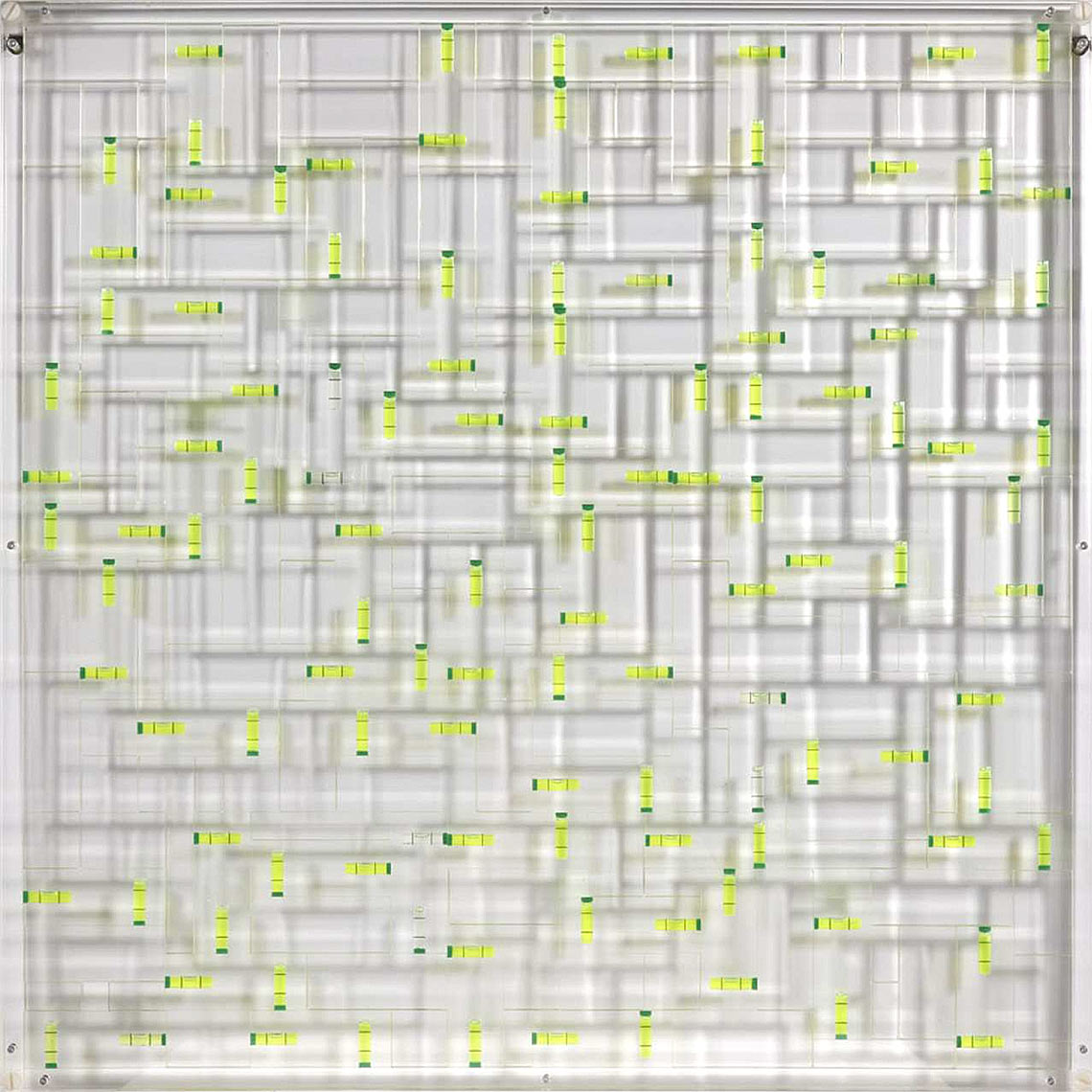 Paul Caporn (b. 1969) is a Perth based artist who makes art about the human compulsion to build and create. Caporn’s works play with ideas of construction and power, changing materials and locations with the “idea that the relationship we have with the world is an experience that is mediated through language and the things that we develop, make and use to express and manipulate our surroundings.” ‘Between the lines’ was first exhibited as part of a body of sculpture titled ‘Reconstruction Works’, in which Caporn displaced and recreated construction industry equipment as an exploration oflabour, time, balance and scale. He examines the issues of labour, scale, time, failure, and most importantly the compulsion to build and create. According to Capron, this work specifically deals with balance, level and reflection. Caporn’s work can be found in the collections of the Art Gallery of Western Australia and National Parliament House, Canberra.