Hi Richard Gallagher’s my name and I’m a head and neck surgeon at St Vincent’s. I work at St Vincent’s Private Hospital, St Vincent’s Public Hospital, and at The Kinghorn Cancer Centre. I’ve worked at St Vincent’s since 1998. I finished my surgical training in 1995 and following that I did further training in head and neck cancer surgery. At the present time my practice is mainly looking after patients with cancer and head and neck cancer and looking after patients with complex airway problems. In 2011 I went and did further training in the United States in Philadelphia at the University of Pennsylvania in transoral robotic surgery. So that surgery’s used mainly for patients who havecancers at the back of the throat and oropharynx and is particularly useful for patients who have cancers due to the human papillomavirus or HPV. So that’s a large number of patients at the present time. On the campus I also wear several hats. I’m the Director of Cancer Services and I’m also the Director of the Head and Neck Cancer Service at St Vincent’s.

Why the Head and Neck?

Head and neck surgery has always been my passion. To me the head and neck make up the most complex and beautiful anatomy in the human body. Head and neck disease can be incredibly confronting because it can affect our most basic functions – how we breathe, how we talk, how we eat and drink, and how we look. When I did my training it was the men and women coping with treatment for advanced head and neck disease who stayed in my memory.

I call myself a head and neck oncologist because not all my patients require surgery. I am hugely proud to be part of the fantastic head and neck multidisciplinary team (MDT) which I chair at St Vincent’s. Our Head and Neck MDT has been running since the 1950s and is attended by a range of experts in surgery, radiotherapy, chemotherapy as well as our dentists, dietitians, speech pathologists, social worker, cancer care coordinators, and nurses.

One of the most rewarding surgeries I perform is complex airway surgery in adults. I am regularly referred patients with severe narrowing of the larynx and trachea (subglottic and tracheal stenosis). These require both endoscopic and open surgical management. To date I have performed over 60 cricotracheal resections for subglottic stenosis. The results for patients are life changing.

Head and neck cancer patients can have fantastic outcomes if they are treated early and in high volume centres. I am hugely frustrated when patients come to me with advanced disease or have been poorly managed. Sometimes all I can do is perform salvage surgery which buys time but at enormous cost to how patients look, talk, and swallow. Raising awareness of head and neck disease is what led me to taking on the role of Director of Cancer Services of St Vincent’s Health Network in 2015.

Apart from poor awareness, head and neck disease also faces the challenge of the emerging epidemic of human papillomavirus (HPV) oropharyngeal cancers. These are viral related cancers not due to smoking or drinking alcohol. They involve the lymphoid tissue of the tonsils and tongue base. The good news is that most HPV oropharyngeal cancers respond well to treatment and we are seeing excellent long term outcomes where patients are completely cured of cancer.

The other piece of good news is that advancements in technology have led to the development of transoral robotic surgery (TORS). The da Vinci robot allows precise removal of tumours and significantly better access through the mouth, resulting in fewer and less severe side effects than seen with traditional surgery.

I completed my TORS training in the United States in 2011 and introduced the first transoral robotic surgery (TORS) program in NSW at St Vincent’s Hospital in November that same year. Since then I have performed over 250 transoral robotic cases and I am one of the busiest da Vinci TORS surgeons in the world.

Despite the introduction of less invasive procedures such as TORS, transoral laser surgery, and endoscopic skull base surgery, there remains a necessary role for open surgical approaches to head and neck disease and cancer. I perform approximately 100 neck dissections per year. 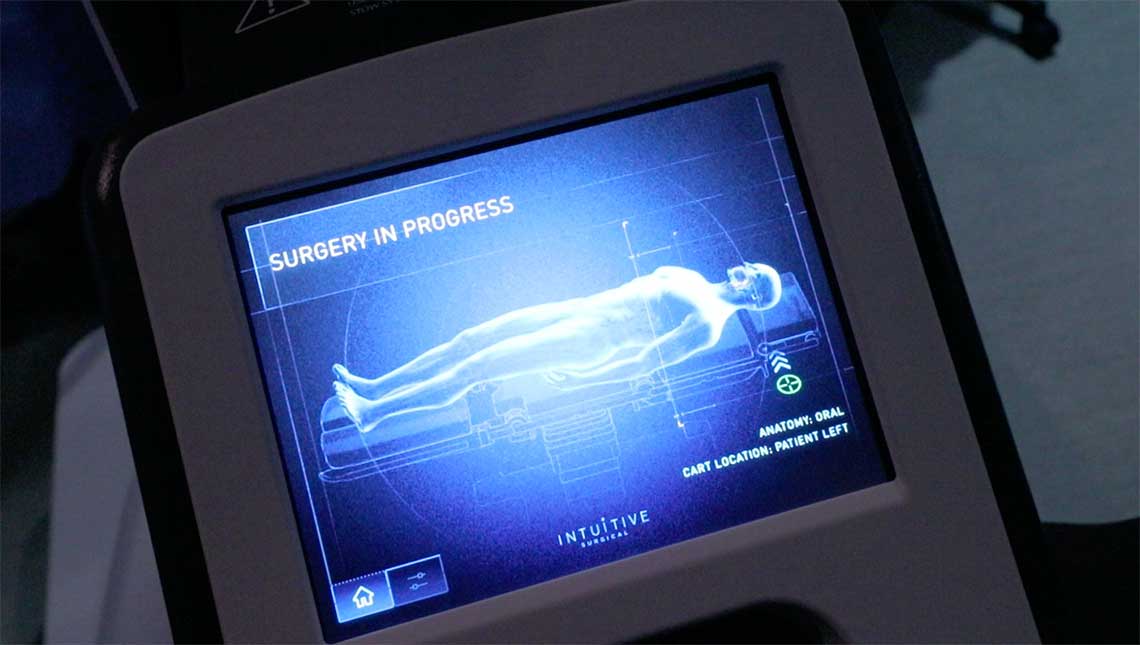 Teaching is another of my major commitments. In 2016 I stepped down from my role as National Board Chair of Training in Otolaryngology – Head & Neck Surgery at the Royal Australasian College of Surgeons (RACS) after serving in the position for four years, after spending a total of eight years on the board. Prior to that I spent seven years on the NSW Board, and eight years as a RACS Examiner. Mentoring and teaching surgeons is one of the greatest rewards of my career and the reason for my appointment to the University of Notre Dame, Australia, as an adjunct associate professor. My commitment to teaching and to my public patients explains why the public health system is such an important part of my surgical practice.

Reaching across the strait: a surgical lesson from Papua New Guinea 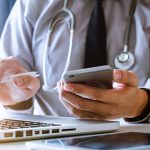 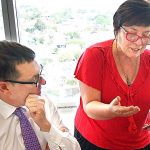